In support of the Singapore Children’s Society, Borneo Motors Singapore (BMS) and Toyota Motor Asia Pacific (TMAP) jointly presented the 27th edition of the Toyota Classics charity concert—a fundraiser event held at the iconic Capitol Theatre which was filled to near capacity on this night! Before the charity concert, our Guest-of-Honor—Mr. Kenji Shinoda, Ambassador of Japan and invited guests were warmly received at a pre-concert cocktail held at Kaiserhaus which offers authentic culinary delights from the celebrated Habsburg empire, befitting the concert theme of ’Opera With A Twist’. 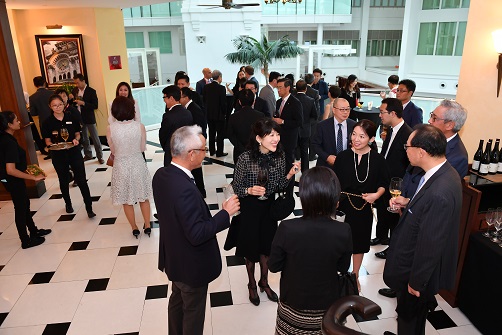 Following the hearty conversations at the pre-concert cocktail, guests were ushered into Capitol Theatre where the venue brought back memories for the older generation, who remembers the sculptures of winged horses, and a mosaic of 12 zodiac signs on the domed ceiling. 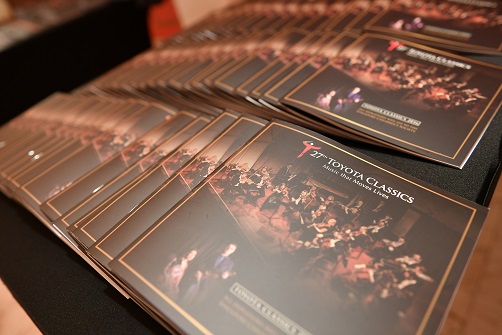 This year’s Toyota Classics event marked the start of BMS’ 50th Anniversary celebration of our partnership with Toyota, as well as the 50th Anniversary of Singapore-Japan Diplomatic Relations (SJ50).

In his opening address, Mr. Koh Ching Hong—CEO of Inchcape South Asia remarked, “We are delighted to have kick-started our 50th Anniversary celebrations on a heartwarming note. We have more surprises in line with our anniversary celebrations leading up to next year which will serve to remind Singapore that Borneo Motors and Toyota have been its proud partner for five decades, and we will continue to be its loyal companion on our local roads for decades to come.”

Joined by Mr. Shinya Kotera—Managing Officer of Toyota Motor Corporation (TMC), Ching Hong presented the donation cheque to Mr. Koh Choon Hui—Chairman of Singapore Children’s Society. As a token of appreciation for the funds raised, which go towards Children’s Society’s outreach programs that seek to protect and nurture youths of all races and religions, Mr. Koh Choon Hui presented two paintings drawn by the beneficiaries to both presenters. 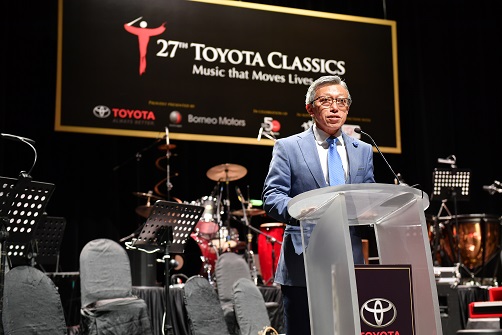 The charity concert featured a rousing performance by the Baltic Neopolis Orchestra from Poland, which made its Asian debut. The Orchestra has performed widely in Europe since 2008, winning the Polish Grammy for Best Music Album in 2015.

The orchestra framed the perfect musical backdrop for violinist Vasko Vassilev, who masterfully presented pieces arranged by Singapore-born pianist and composer Pamela Tan-Nicholson. In line with the objective of moving lives with music, youth choir from the Singapore Raffles Music College also had the privilege of performing alongside the Orchestra and Covent Garden Soloists in the opening segment celebrating ASEAN’s togetherness—through the song ‘ASEAN Harmony’, penned by Pamela herself. 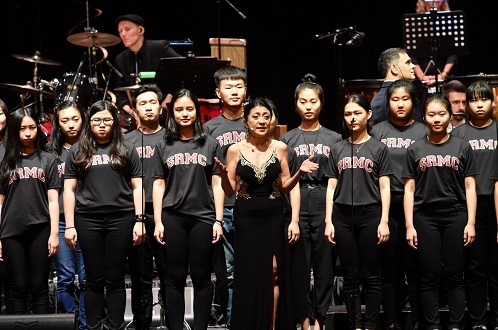 Even during the concert intermission, guests had a ball of a time—enjoying the much-welcomed drinks (on the house!), taking selfies and even obliging to an interview of the concert experience! 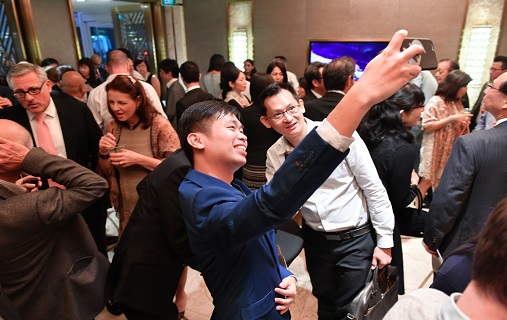 The rousing performance earned itself a standing ovation from the audience, and the overwhelming cheers from the concert guests invited not one, not two, but three encore by the Orchestra! Crowd-pleasers like ‘Mama Mia!’ and ‘Mission Impossible’ ended the night on a high note! 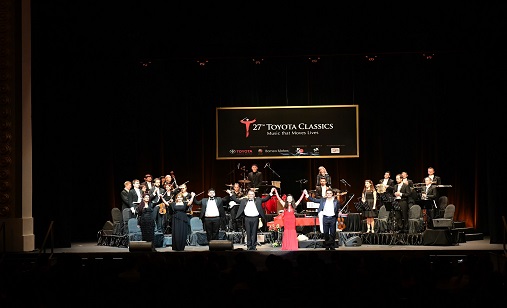